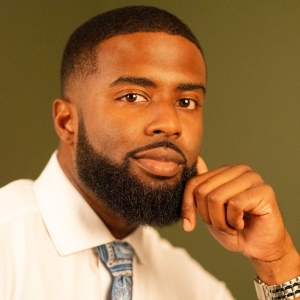 Larry Washington is a proud father of one (an 8-year-old Son), philanthropist, and a student of life. Although he’s originally from Illinois, he quickly fell in love with Tampa in 2008 when he was relocated by the Air Force. As an Air Force Veteran and more importantly, a leader with over 13 years of experience. Larry formed the ability to lead from a sociological perspective, which focuses on the human aspect of leadership. In providing his teams with an understanding of the psychological, economical, and historical results of their leadership. He earned the reputation of a “fixer” due to his ability to change the topography of a unit in a short amount of time.

Larry received his Master of Public Administration (MPA) through the University of South Florida’s School of Public Affairs and his Bachelors of Sociology from the University of Tampa. With his educational background and his direct leadership experience from the military, he has efficiently and economically coordinated and managed all public services assigned to him.

Prior to graduate school, Larry entered the Air Force in 2007 and focused on Aviation Maintenance Technology receiving an Associate’s Degree in the discipline. While he was a Crew Chief on KC135 Aircraft stationed at MacDill Air Force Base, Larry supplied fuel to fighter jets (in air) and had multiple deployments to Qatar, Kyrgyzstan, Afghanistan, and Curacao. His temporary deployments include England, Spain, Puerto Rico, Hawaii, Germany, Guam, Japan, Italy, Turkey, and Alaska. His most rewarding missions involved transporting injured civilians/service members and families for emergency medical evacuations! In addition, Larry prides himself in philanthropy and giving back to the community. During his final year in the Air Force (2016), Larry and a group of friends rallied together to supply 36,000 bottles of water to the residents of Flint Michigan who made national news for having their drinking water heavily contaminated with lead. While receiving his Bachelor’s degree in Sociology from the University of Tampa, Mr. Washington interned for the American Civil Liberties Union (ACLU). During his internship, he led/organized a criminal justice/immigration reform discussion panel which allowed three (3) professors to educated/inform over 150 people in their respective disciplines and also allowed a USF student to recall her personal experience with immigration authorities and how it affected her family.