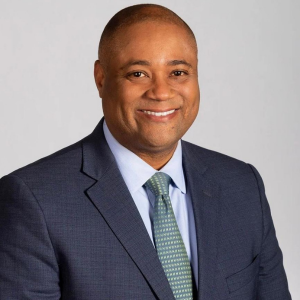 Rod Carter joined CBS 17 News as a weeknight evening anchor after spending about two decades at WFLA in Tampa, Florida. Rod is a proud graduate of Florida A&M University in Tallahassee.

He coaches and guides upcoming journalists as a mentor.
For years he has been the lead teacher for the NABJ-FAMU Journalism Short Course, instructing students in broadcast during an intensive weekend course.

Rod was a Fall 2021 adjunct professor of communications at St. Augustine’s University in Raleigh.

Rod was awarded the Kappa Tau Alpha (KTA) Hall of Fame Award from the University of South Florida, Zimmerman School of Advertising and Mass Communications.

Rod is very active in the community, serving now or in the past, on a number of boards: