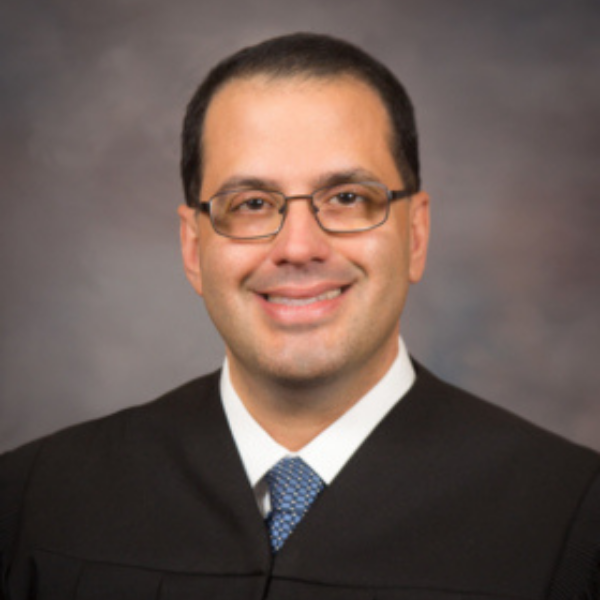 John L. Badalamenti is a judge on the United States District Court for the Middle District of Florida. He was nominated by President Donald Trump on February 4, 2020 and confirmed by the U.S. Senate on June 1, 2020.

After law school, he entered the United States Attorney General’s Honors Program, serving as legal counsel to the Federal Bureau of Prisons in Atlanta. He then served as a law clerk to the Honorable Frank Mays Hull of the U.S. Court of Appeals for the Eleventh Circuit in Atlanta.

Following his clerkship with Judge Hull, Judge Badalamenti went into private practice with the law firm of Carlton Fields, P.A., in St. Petersburg. From 2003 to 2006, he served as a law clerk to the Honorable Paul H. Roney of the United States Court of Appeals for the Eleventh Circuit in St. Petersburg.

He was counsel of record, authored the petition for writ of certiorari, and presented oral argument in the Supreme Court of the United States for the petitioner in Yates v. United States, 135 S. Ct. 1074 (2015) (reversing conviction of a fisherman charged under a provision, 18 U.S.C. § 1519, of the Sarbanes-Oxley Act of 2002).

He has authored articles and lectured on topics including professionalism, legal ethics, appellate practice and procedure, statutory construction, securities litigation, bankruptcy apprehension and removal of debtor proceedings, substantive and procedural criminal law, and prisoner litigation. He has served on the faculty for continuing legal education programs presented by the Federal Judicial Center, the Florida Bar, the Federal Bar Association, the American Bar Association, the Institute for Continuing Legal Education of Georgia, and various local bar associations. One of the publications he coauthored was cited by the Supreme Court of the United States in Richardson v. McKnight, 521 U.S. 399, 409 (1997). He serves as a Guest Lecturer at the University of Florida Levin College of Law for the law school’s White Collar Crime and Statutory Interpretation courses.

Judge Badalamenti was appointed by Governor Rick Scott to the Second District Court of Appeal on April 29, 2015. He was retained by the electorate in 2018.

Judge Badalamenti is an active member of the Bruce R. Jacob-Chris Altenbernd Criminal Appellate American Inn of Court and serves as a mentor in the Florida Bar’s mentor program. He is an Eagle Scout and serves as a volunteer for the Boy Scouts program. He has been the recipient of awards for his professional and community involvement, including the 2012 Mentor of the Year Award from the Tampa Bay Chapter of the Federal Bar Association and Volunteer Service Awards from Academy Preparatory School of Tampa for his volunteer work with the Boy Scouts program.